Design The Home Of Your Dreams Today!

Exterior vs. Interior Window Coverings: Which Is More Effective to Reduce Heat? 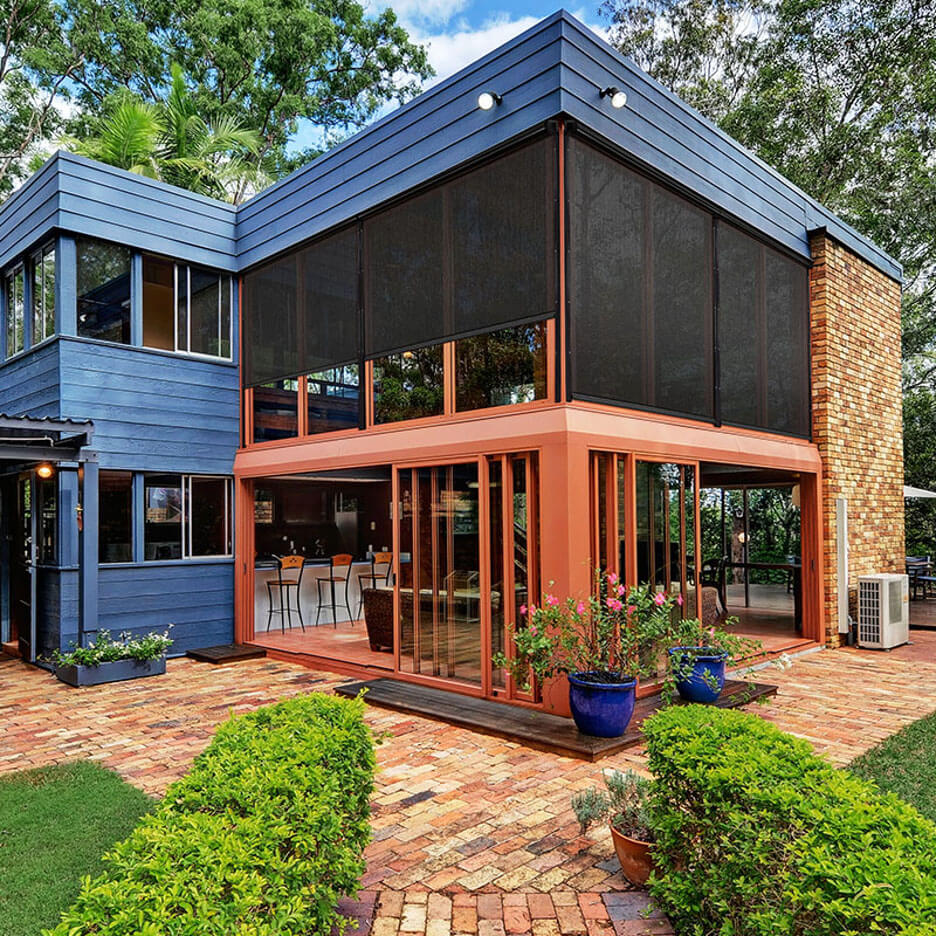 Internal shading mechanisms include draperies, blinds, shades, plantation shutters and so on. They are generally very functional and can add a specific look to a room. Many people are so focused on interior window coverings that they can overlook exterior shading options simply because they require a bit more effort than their interior counterparts.

For some, exterior shading systems may not even cross their minds—but they should! Exterior shading can actually be more effective to shade and cool a home, as well as prevent the harmful effects of the sun.

The Sun and Your Windows

The U.S. Department of Energy reports that an estimated 76 percent of the sunlight that falls on standard double-pane windows and enters your home or business will become heat. If the goal is to keep your home or business cool, this additional heat source can force your air conditioner to run continuously.

There are two types of radiation produced by the sun: shortwave and longwave. Longwave radiation is also referred to as “convection.” Convection is transmitted through heat in the air and reflection of the sun’s rays. It is a much weaker source of heat compared to shortwave radiation.

Preventing shortwave radiation is important, and should be a goal because shortwave radiation (also known as ultraviolet or UV rays) is responsible for 65 to 90 percent of melanoma of the skin. Melanoma accounts for roughly 75 percent of all skin cancer deaths. UV rays can also lead to cataracts and damage to the eyes.

Of course, UV rays will also heat your home as well. Shortwave radiation is converted into long wave radiation as it is absorbed by things inside your home or business, like flooring and furniture, heating the air in the structure.

The U.S. Department of Energy confirms that exterior window coverings like shutters and shades are the most effective window treatment option if you want to reduce solar heat gain. This is because an exterior sunscreen of any short will stop shortwave radiation before it can get inside your home or business. It will reflect and absorb the sun’s energy, just as if it were hitting the side of your house rather than touching a window.

While internal shades are still helpful, they cannot perform in the same way that external shades do. Interior shades allow the UV rays to enter your home, and they are absorbed in the internal shades. That absorption then converts the UV rays into longwave radiation. Longwave radiation will still emit heat into the home, and by this time, it is trapped in the house, creating heat gain by heating the air around it, even if no sunlight gets through the internal window covering.

External vs. Internal Window Coverings: Which is More Effective?

European countries have been using exterior shading mechanisms much more regularly compared to the United States. Retractable solar screens have been one of the more popular external screening methods.

A research group did a study in Trappes, France, regarding the effectiveness of external shading. They found that a south-facing room would heat up to 97 degrees when there were no shades or any coverings on the window. When they added an indoor screen, they could decrease that temperature to 90 degrees. Then, they added an external screen. They could reduce the internal temperature to 75 degrees—without using air conditioning. Other studies have confirmed that external shading systems can reduce the energy load of your air conditioning by up to 50 percent.

Speak With A Design Consultant